Sachs offers the best shock absorbers and clutch parts for your car on the market. 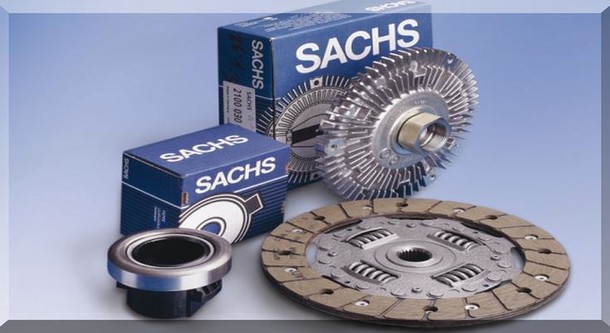 Sachs is the biggest German company with a century-old history. It manufacturers a wide variety of Aftermarket parts, while also creating products for the production lines of many car makers. Sachs is a part of ZF concern, which is a leader among the car parts manufacturers on the world market.

The company manufactures a wide range of car parts, but the most popular products are clutches and shock absorbers manufactured under the brand's name.

Sachs shock absorbers, clutches, hydraulic bearings and dual-mass flywheels are installed not only in passenger cars, but also in commercial vehicles. These are the flagship products of the company. High quality materials used during production process and precision manufacturing make Sachs products extremely durable and reliable.

Despite the fact that Sachs included auto parts much later in its product range, many years after opening the business, today they form the basis of the company. The manufacturer's extensive list of products also contains parts for engines, transmissions, suspensions and cooling systems. Apart from that, Sachs produces various components for steering and shock absorber systems.

The company was founded at the end of the 19th century. This makes it more than one hundred and twenty years of successful presence on car market. It wouldn't be an exaggeration to say that Sachs earned its place in the history of automobile industry.

Sachs started its activity back in 1895, Germany. The company's got its name from one of company's founders, Ernst Sachs and Karl Fichtel.

Ernst Sachs, a German engineer and inventor, born in the second half of the 19th century, was an avid cyclist. His passion for bicycle racing contributed to his desire to improve this particular type of transport. Which he did, using his knowledge and technology, with which he became acquainted while working at the precision mechanics factory. In 1895, together with his friend Karl Fichtel, he founded the company Schweinfurter Präzisions-Kugellagerwerke Fichtel & Sachs, which began mass production of his inventions, including one of the first freewheel hubs for bicycles. Since its inception, the company was focused on providing customers with high quality products at affordable prices.

The popularity of high-quality components led to the dynamic development of the company, but the most important change happened when, in the late 1920s, Ernst Sachs decided to focus on the production of automotive parts - clutches, shock absorbers and car engines. The year 1929 was another turning point for the company, as that was when it started including these car parts into its main product range.

Another breakthrough came in 1959, when Sachs opened its first plant in Brazil. In the decades that followed, further expansion saw Sachs open a number of subsidiaries and manufacturing plants in many countries of Asia, North and South America.

In 2001, the company joined the group ZF Friedrichshafen, one of the leading manufacturers of suspension and transmission components in the world.

There can be no doubt about the quality of Sachs products, as they have been tested for many decades on hundreds if not thousands of different car models, under various conditions. If you are interested in supplies of Sachs spare parts at low prices, feel free to contact Orient Global GmbH directly.