Do you want to buy Original spare parts for Mercedes, Volkswagen and BMW? Then Orient Global GmbH will gladly help you with your purchase of auto parts. We supply various spare parts from Germany and cooperate directly with manufacturers which gives us an edge when it comes to our competitors.

Orient Global GmbH is an official distributor of spare parts, and this means high quality products at very competitive prices.

The buyers should be careful when looking for spare, non-original parts. The current spare parts market is often full of fake offers which can damage your vehicle in the short or long term. One can be enticed by an attractive price or an appearance similar to the original part. But the disappointment eventually comes sooner rather than later resulting in a spare part failure, costly repair and most often in a lot of wasted time. Only after going through all these headaches, many car owners arrive at the most sensible conclusion — to purchase only proven, official factory parts or high quality counterparts. 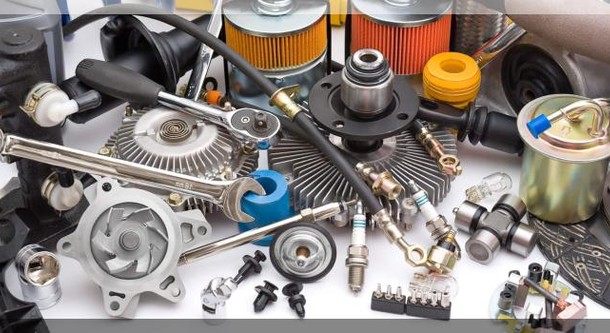 It is important to note that Genuine spare parts can either come with your vehicle or in many cases can be produced by third-party dealerships, which acquire the rights to manufacture them on the basis of a license. These are called OEM parts. In the modern auto market, most of the industry manufacturers do not produce auto parts on their own, but cooperate with other factories and manufacturers, while still making partners comply with all of the product requirements and quality standards. All these parts are manufactured according to the decisions and designs of the official brand factories. The OEM spare parts have a significant price advantage, compared to the Original auto parts. But at the same time they are not inferior in quality and, what is even more important, these can be used for warranty repairs.

According to the numbers of Automotive Industry Institute, non-original spare parts fail twice as often as their branded counterparts. This includes both simple elements of car equipment (for example, windshield wipers) and more complex ones, like brake pads or elements of the chassis. But all these issues disappear altogether if you are buying original factory parts, which offer high quality and reliability albeit at a higher price.

The strongest argument the supporters of non-original, non-official spare parts have is that their price is sometimes twice as low as that of original parts. While it can be difficult to argue with that fact, it is also worth taking a look at the full picture to really understand where this price difference comes from. There are certain risks a buyer of cheap replacements sometimes cannot avoid and oftentimes the saved money can result in even more spending in the long run. For example, non-original wipers might leave ugly stripes on the windshield after only several months of use. Replaceable battery can fail you at the most important time during the cold periods. A poorly matched oil filter could shorten the service life of your engine. Meaning, you will have to replace not one, but two parts in the end.

You can purchase original spare parts for German cars from Orient Global GmbH, an official distributor and partner of many Genuine parts factories. The quality of the products is confirmed by the original packaging of the manufacturer and a unique part number.